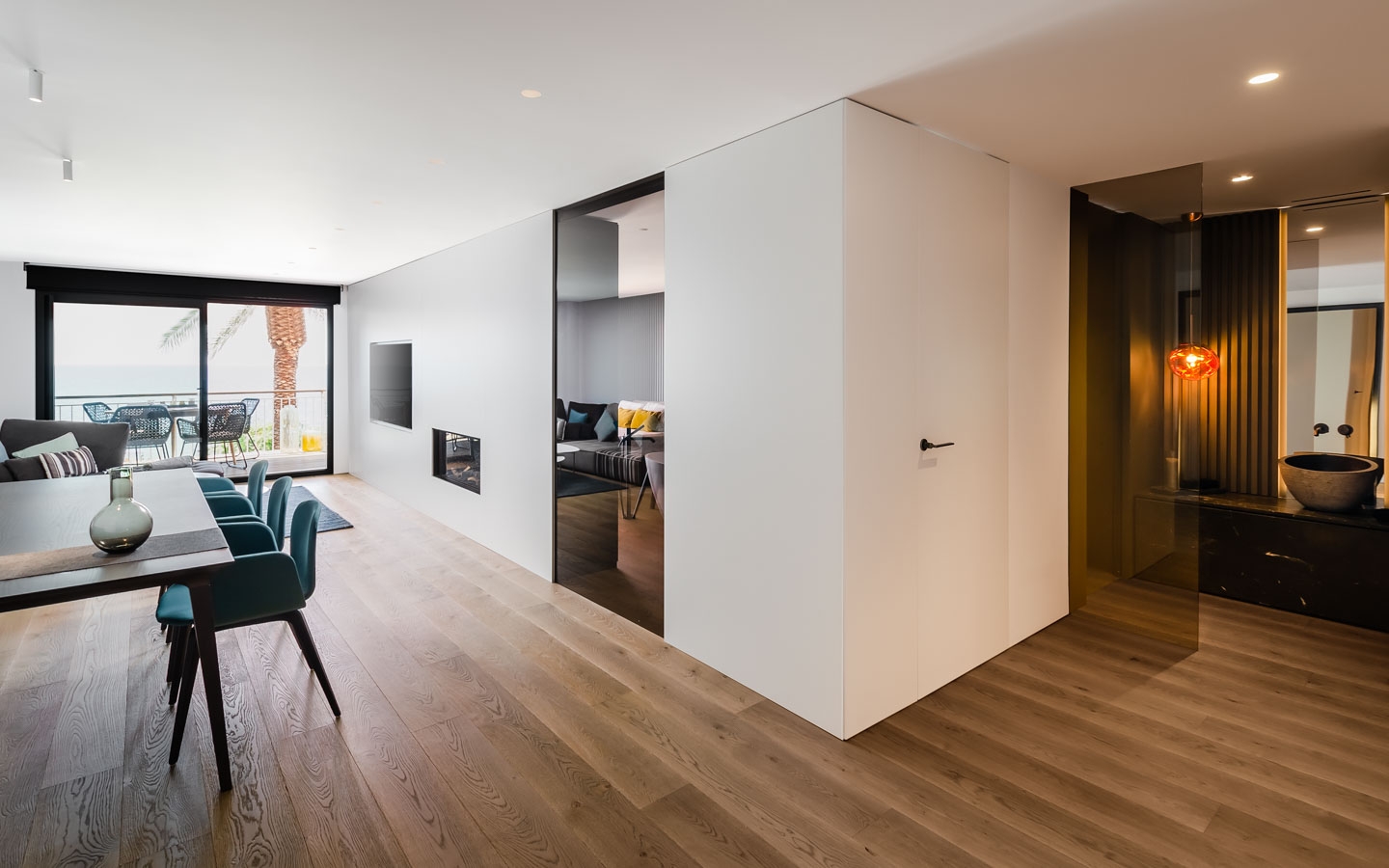 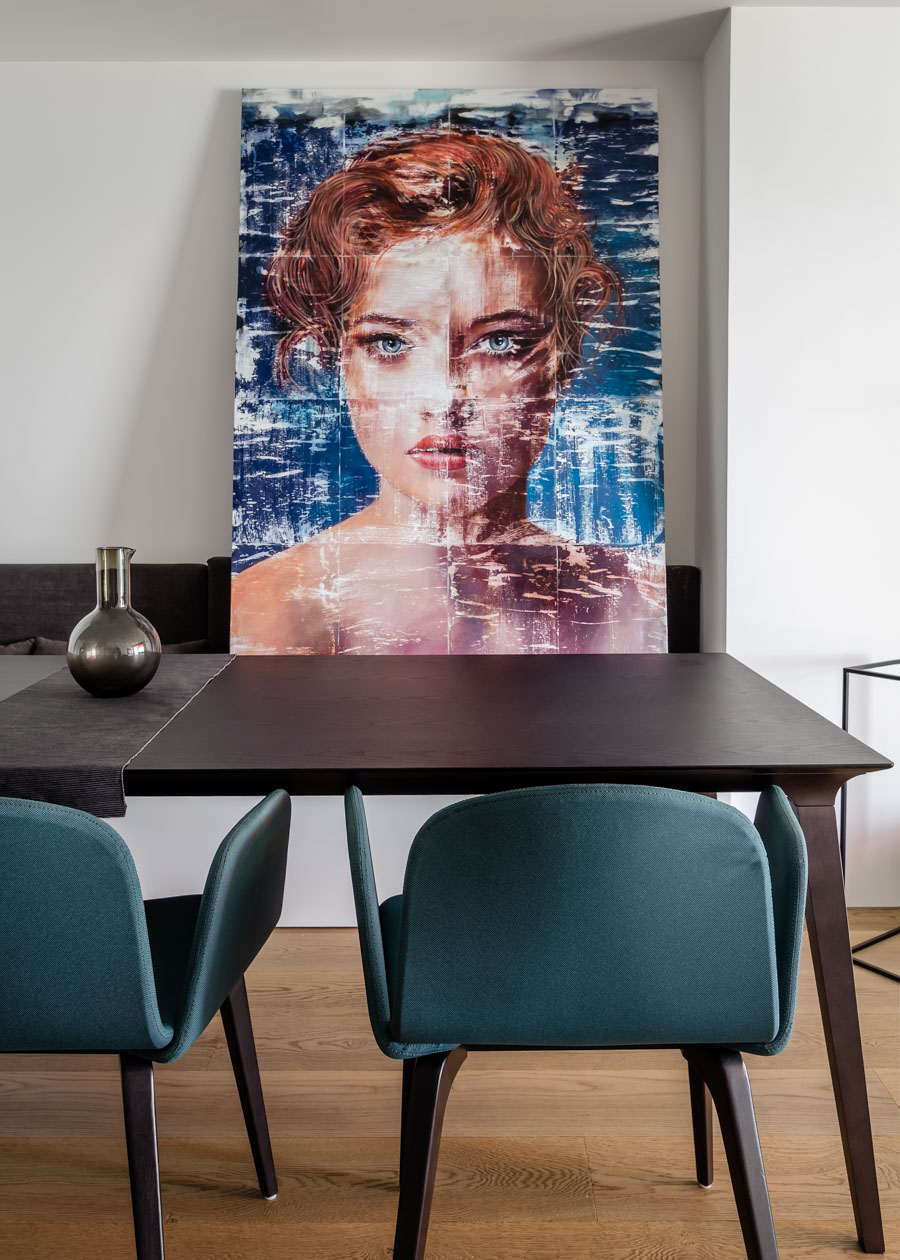 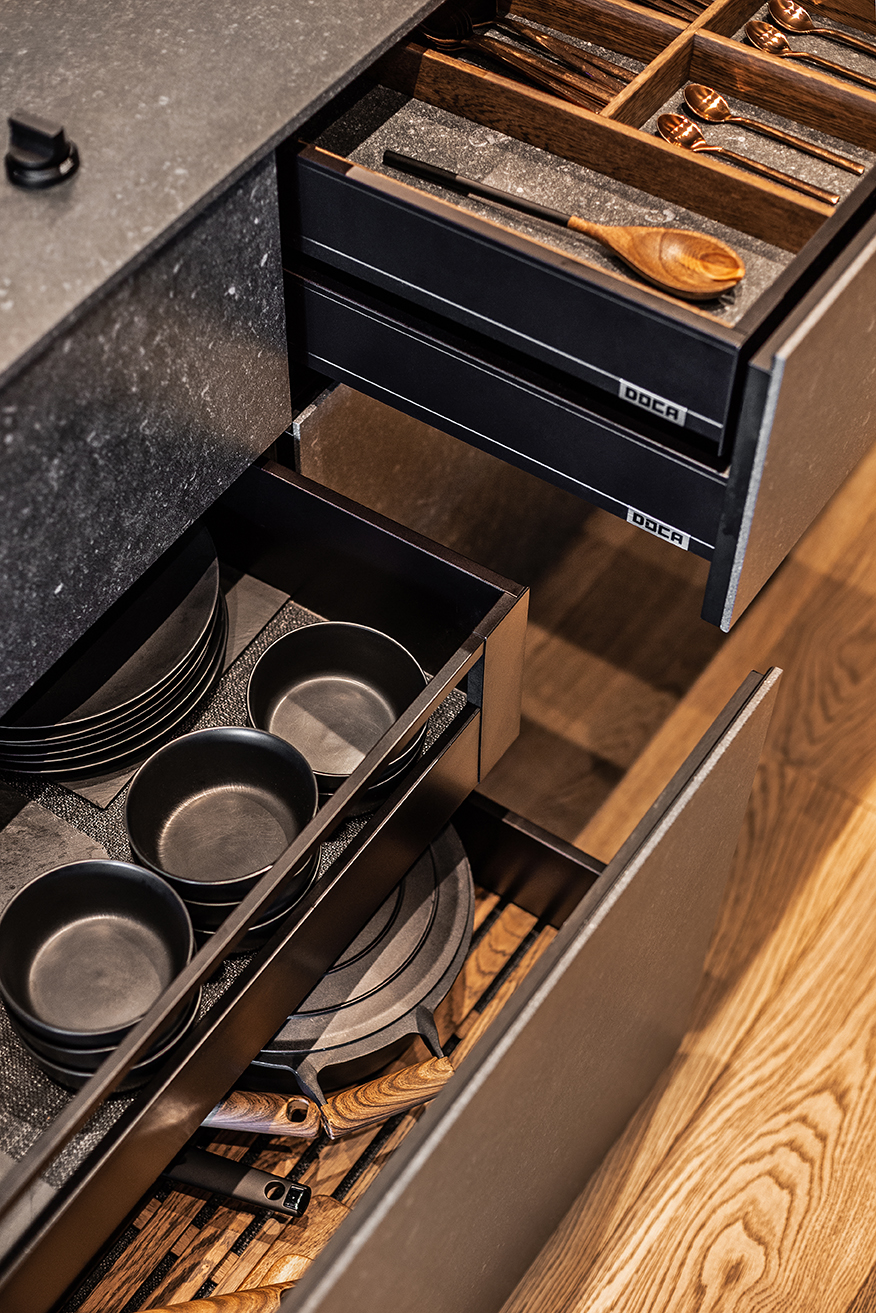 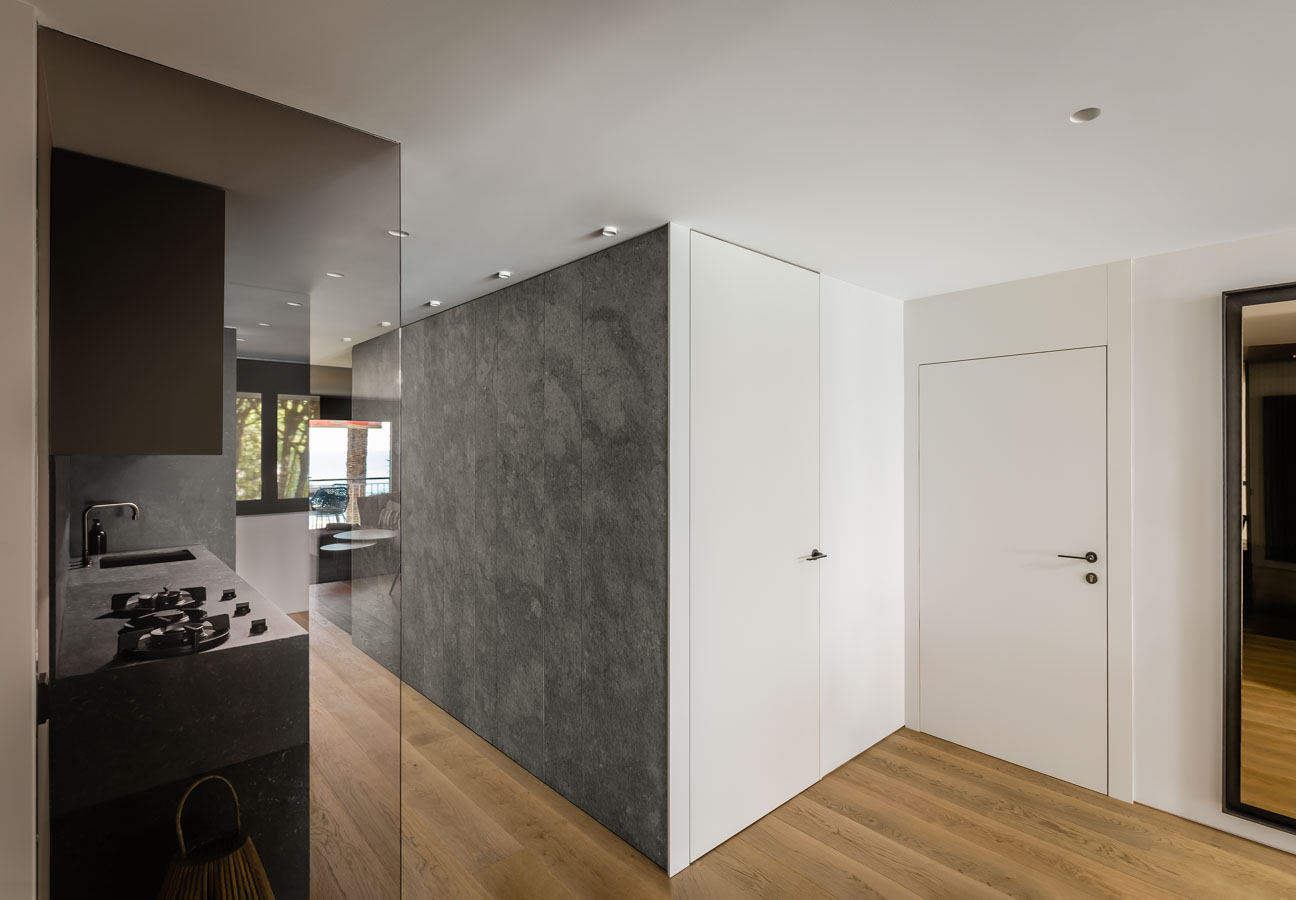 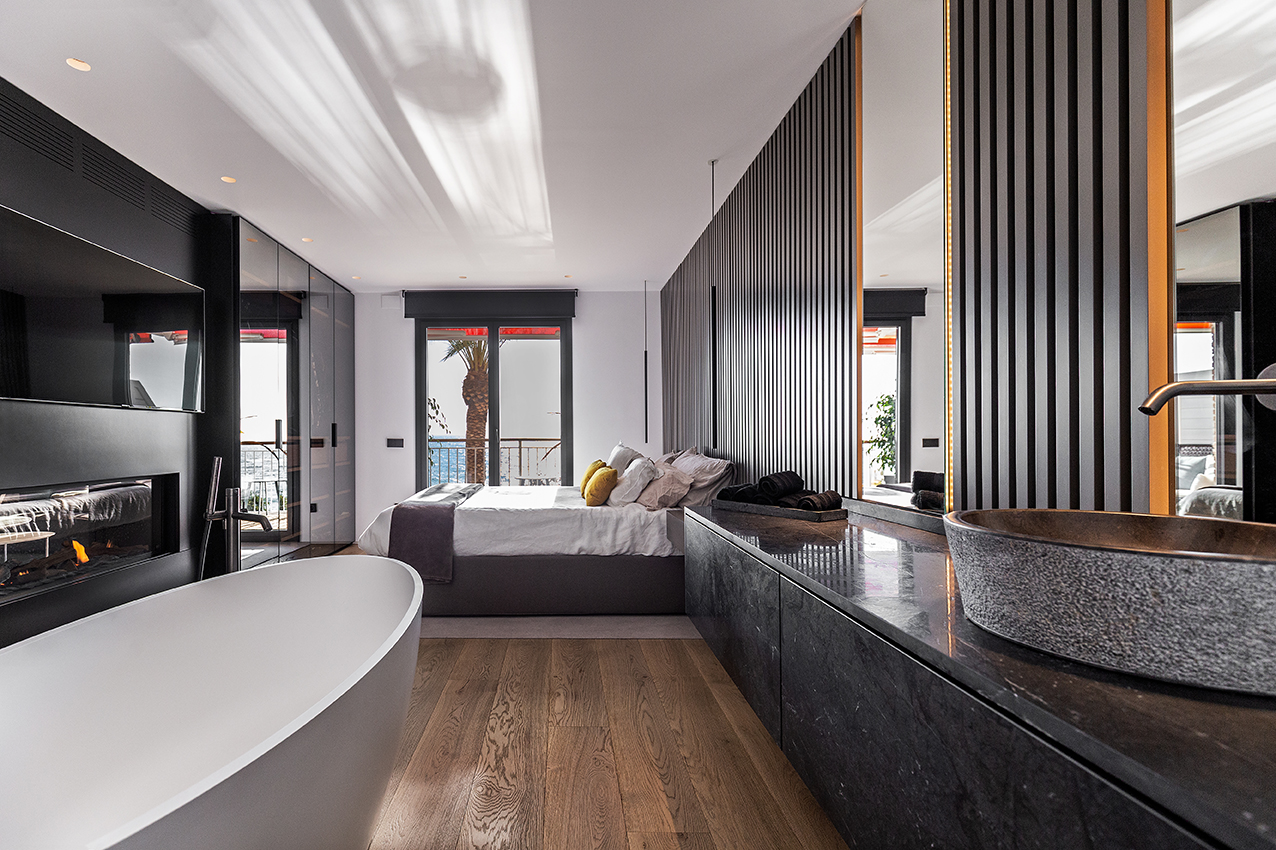 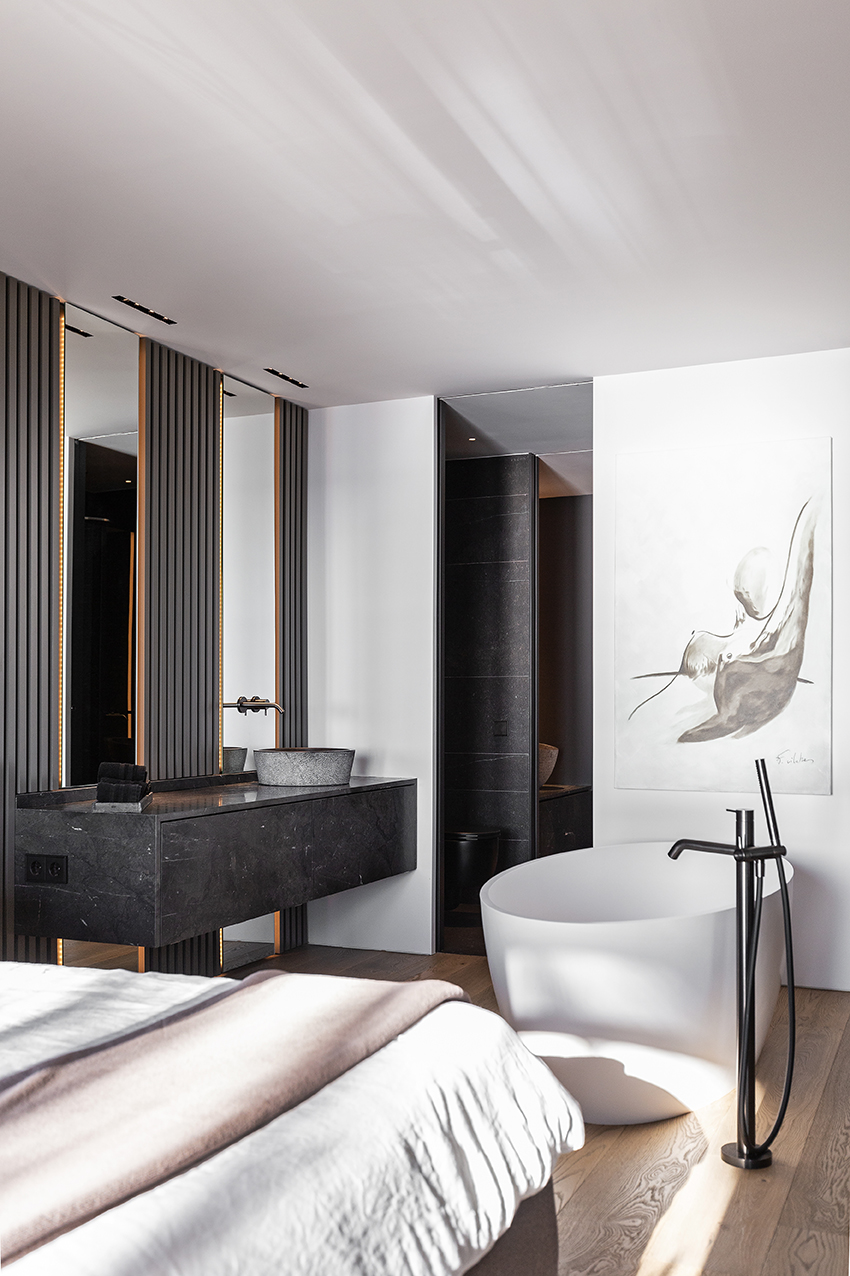 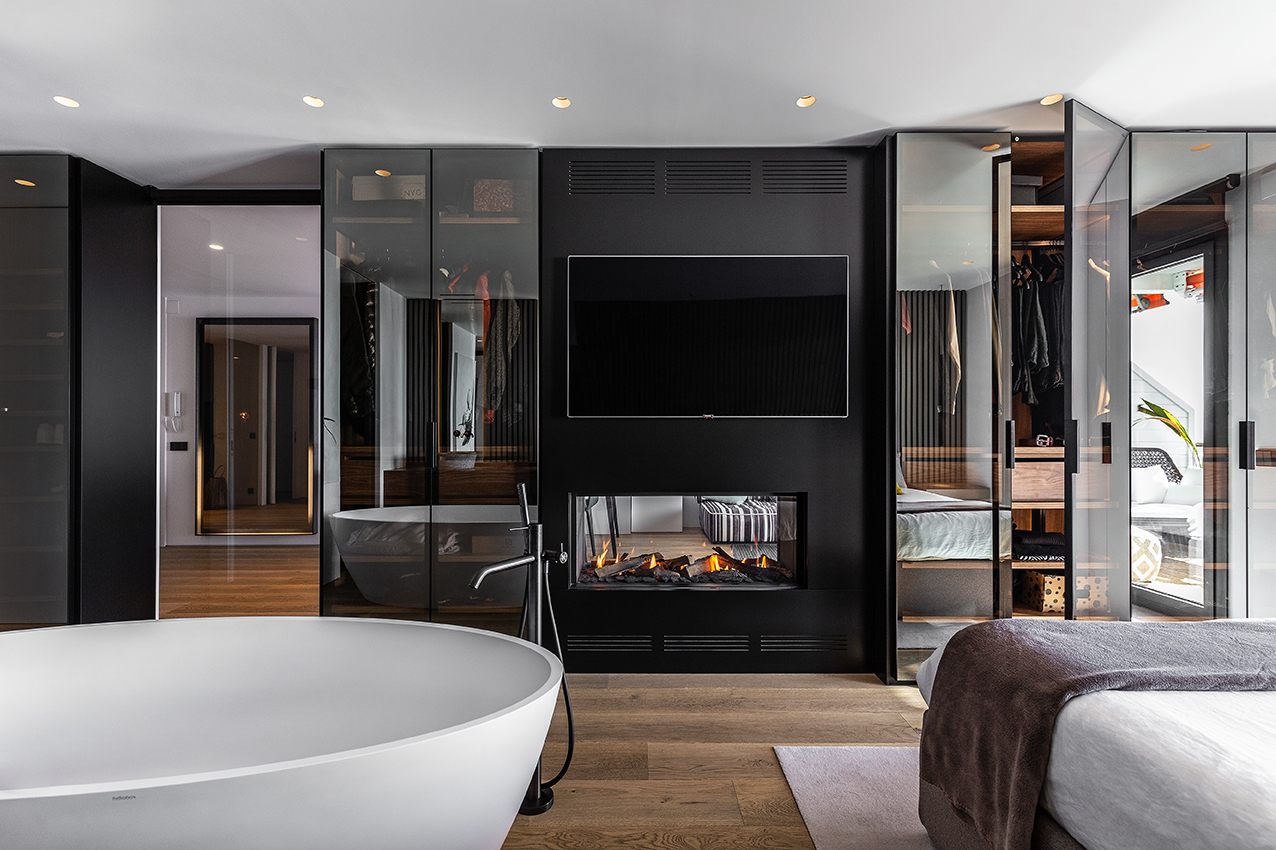 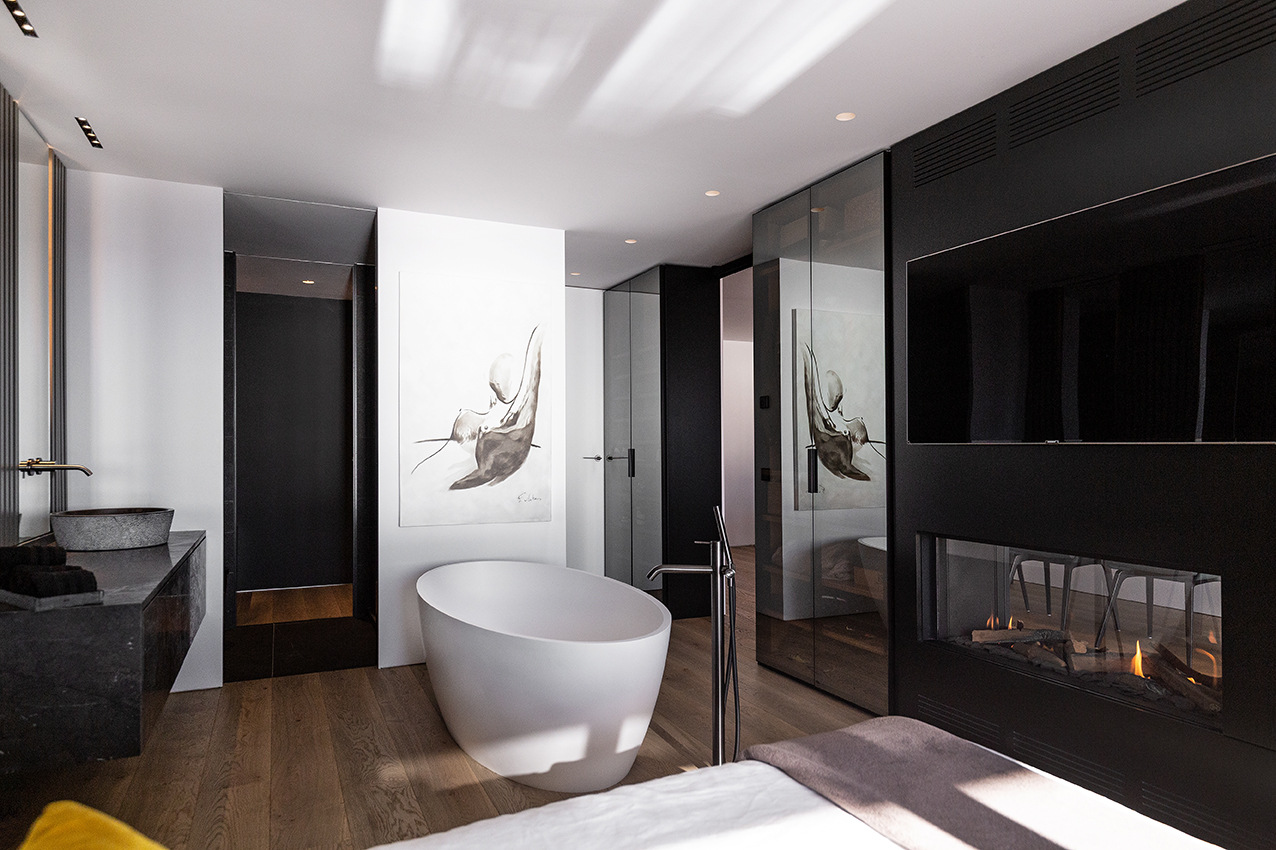 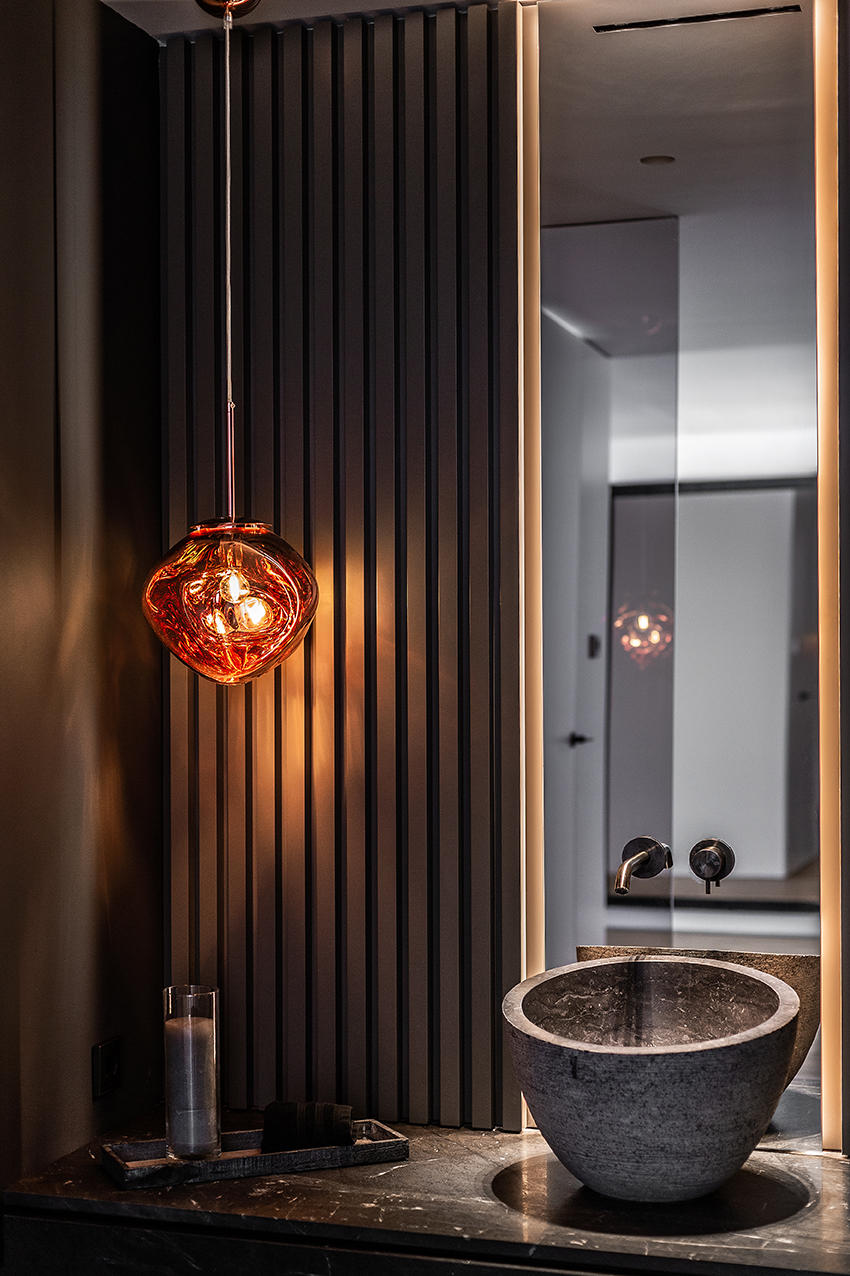 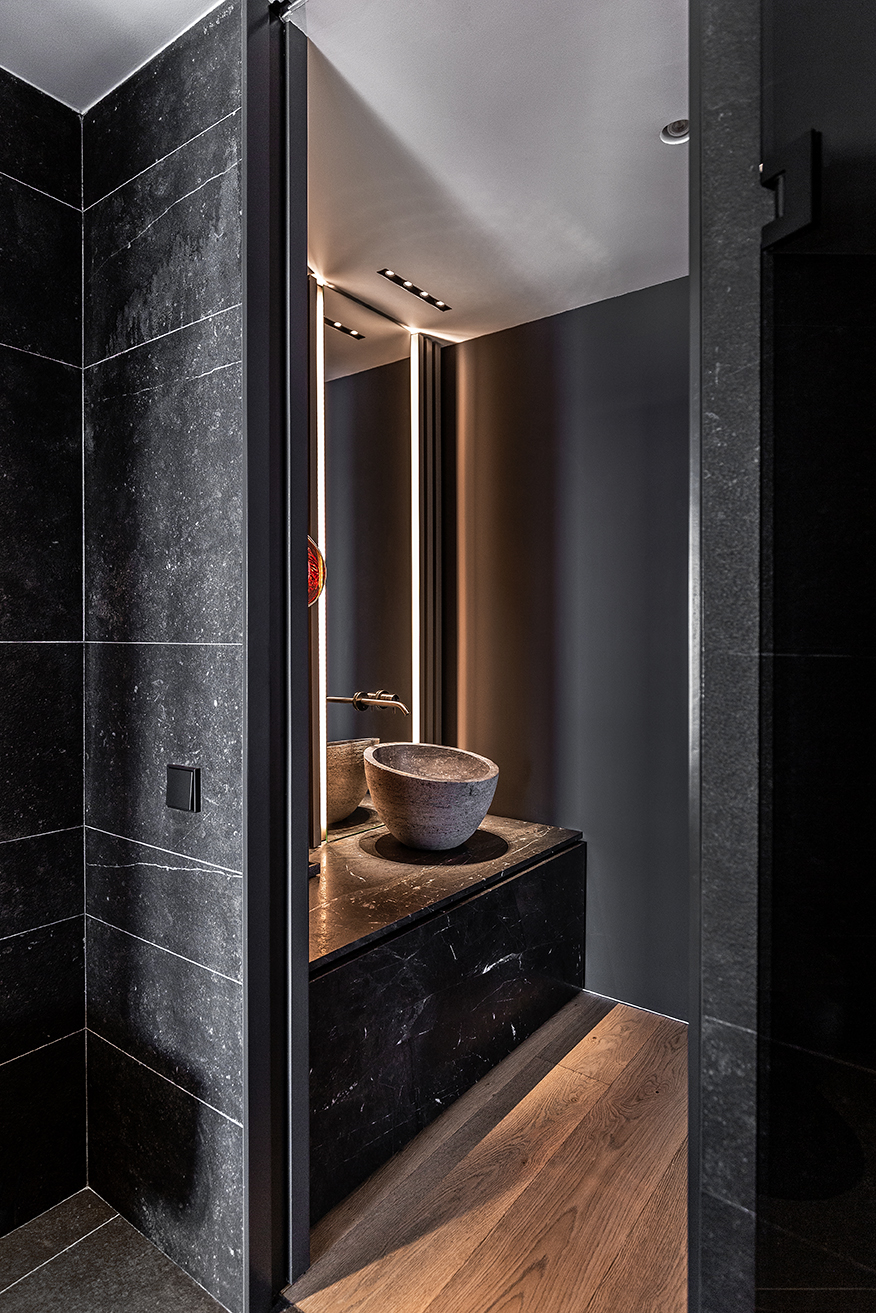 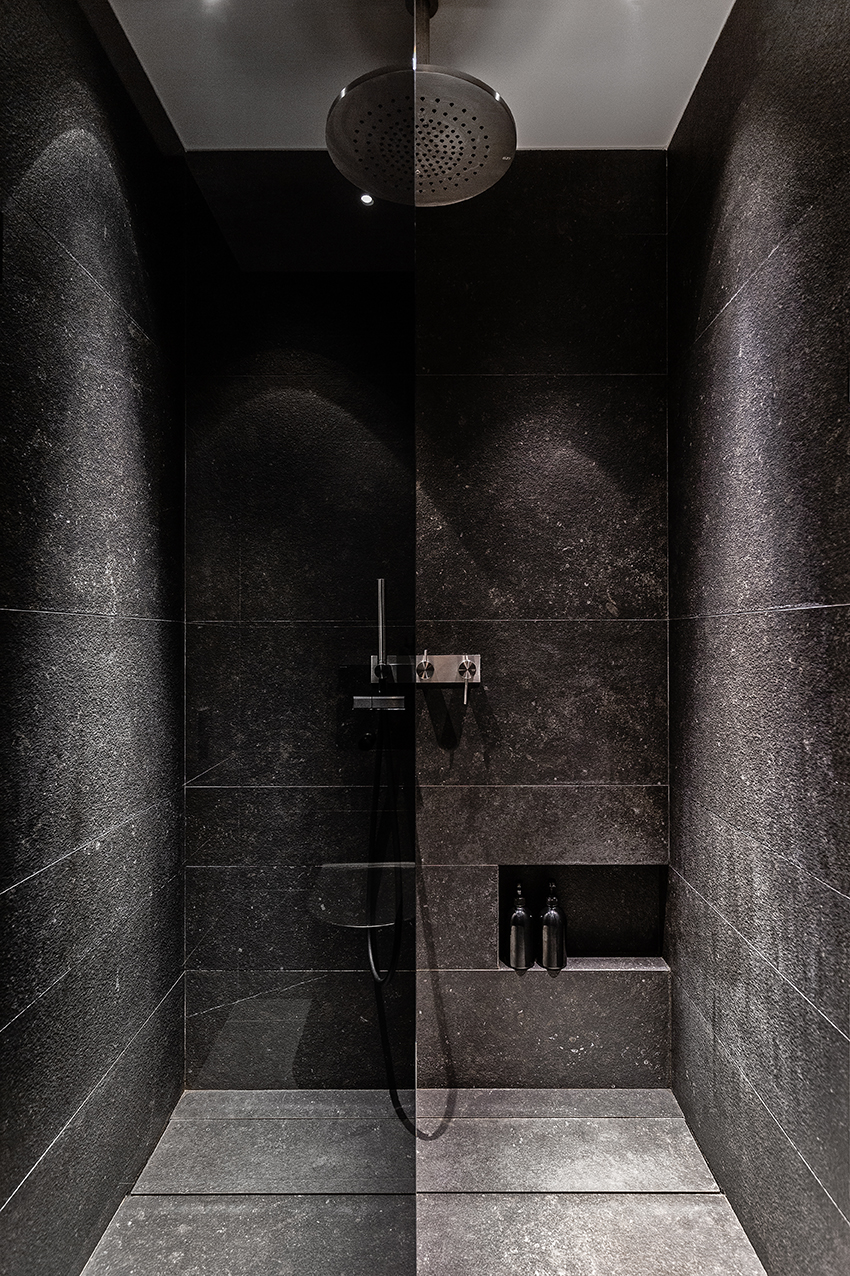 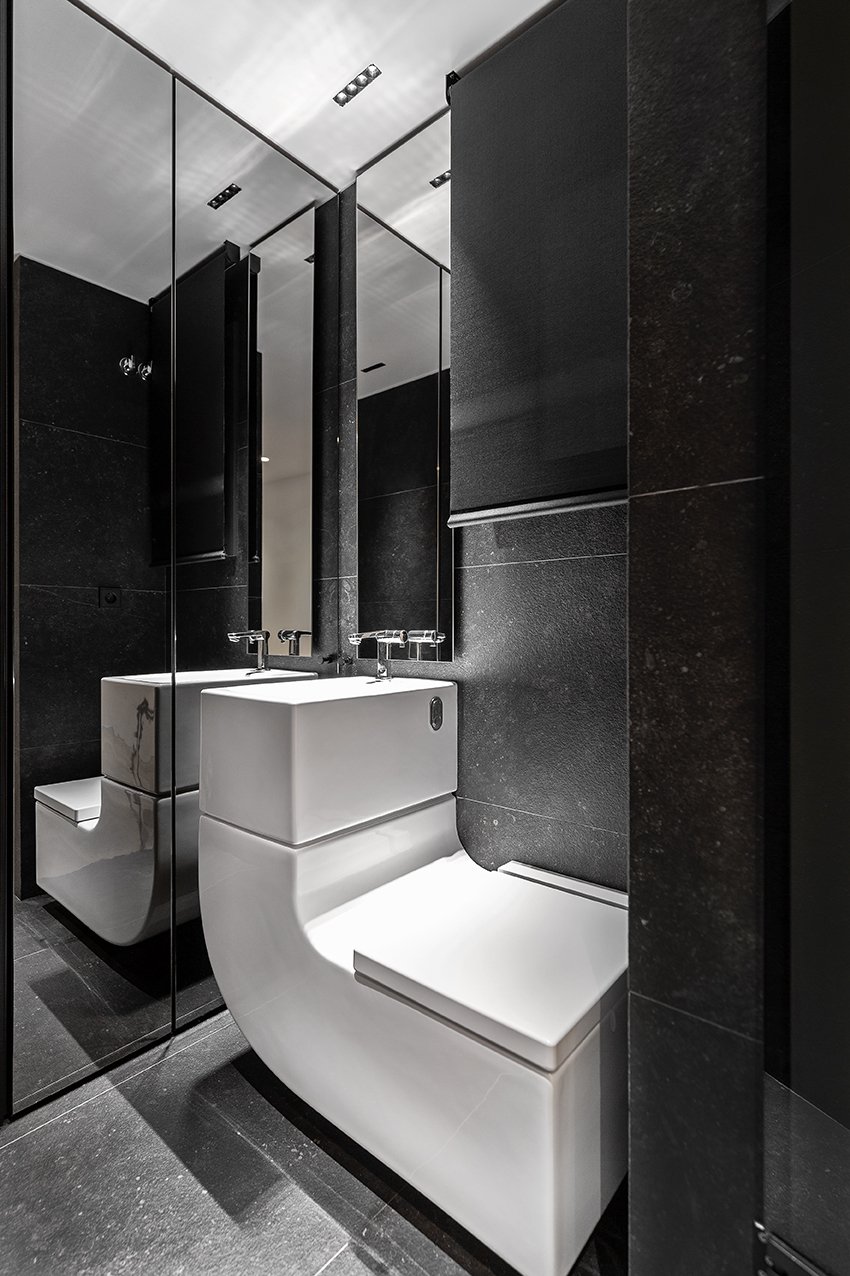 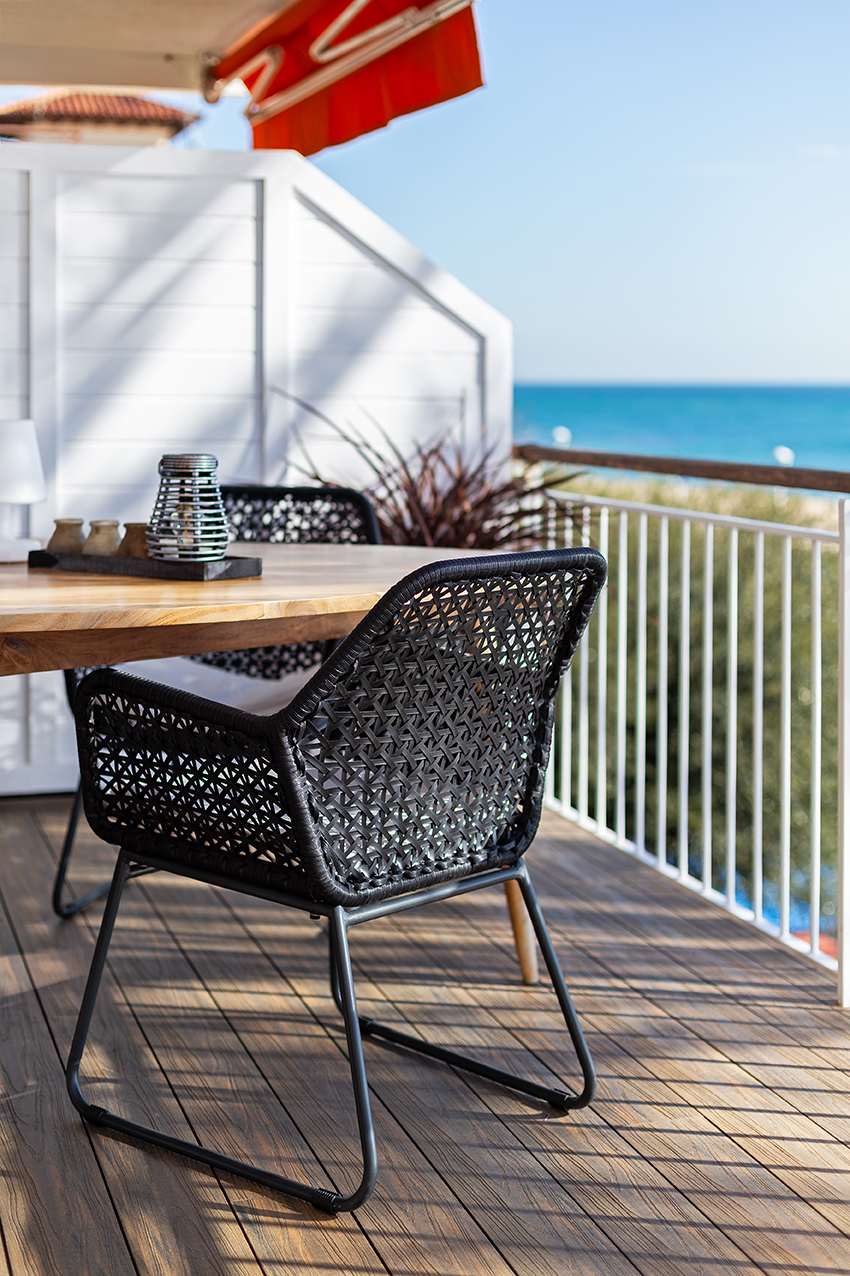 Located on the coast and seafront, this apartment yearned for a change focus on getting a Mediterranean atmosphere as a result. The coastal tonalities of the context, such as blue, green or sand colours, together with the minimalist design are the key to build a space which gives prominence to the privileged views of the sea where the users can disconnect and relax themselves.

The large window in the living room, through which there’s an exit to the balcony, is treated like an enormous picture of a landscape, with the idea of transporting the user right to the horizon line between the sea and the sky. The general concept used as the basis for generating the distribution of the entire house was ‘knot’ that arises from the ropes used by boats to ‘connect’ them with the port.

In this way, a diaphanous, sublime, fresh and delicate space is born with two different large volumes; day and night connected through a hall-washbasin. These two spaces also share a fireplace built into the wardrobe that acts as a separation between them.